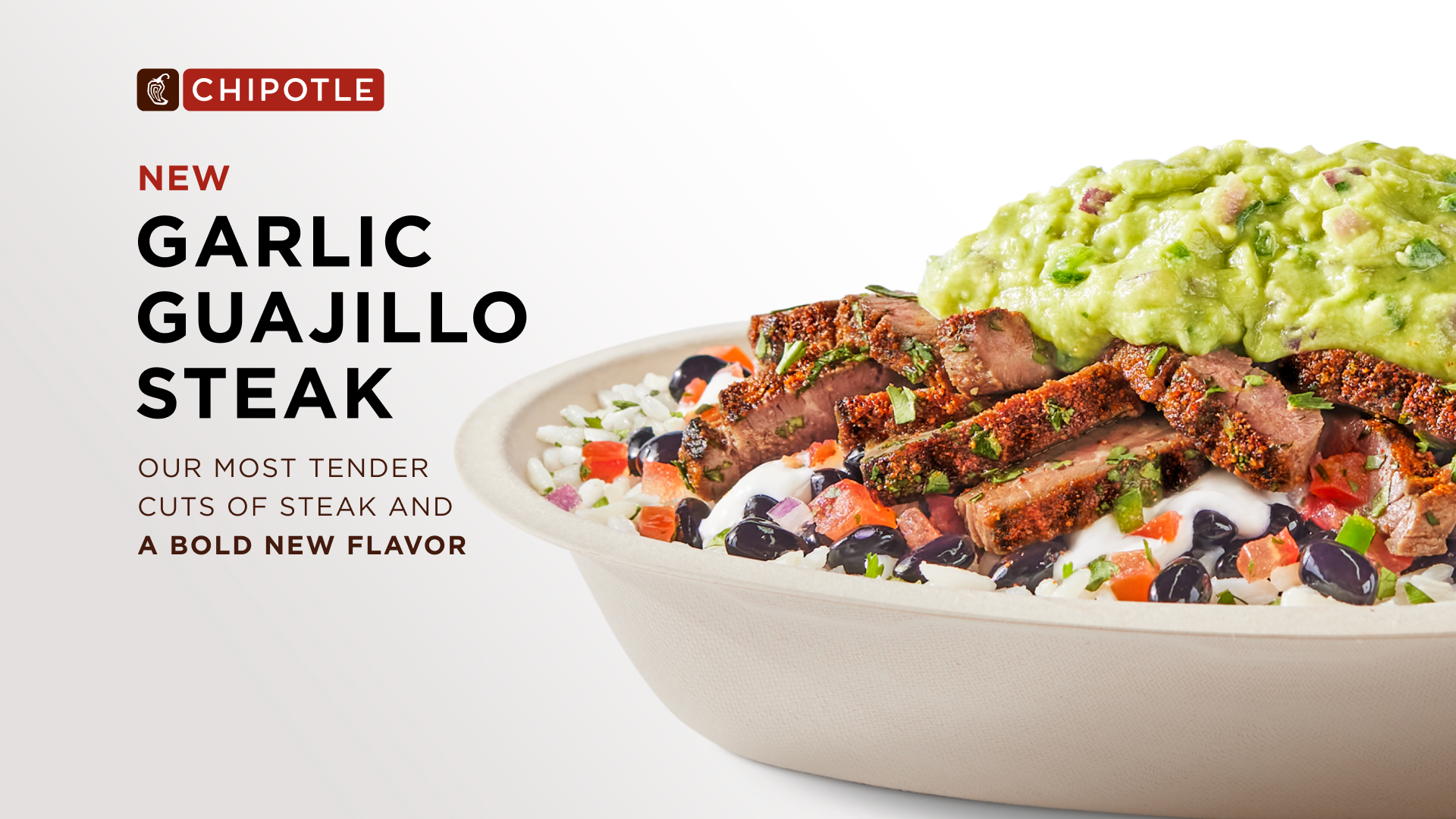 The fast-food chain said Monday it was testing Garlic Guajillo Steak at 102 restaurants in select markets, including Denver, Indianapolis and Orange County, Calif., starting May 3.

The new flavor is described as bold and includes cuts of the chain’s Responsibly Raised steak seasoned with garlic and guajillo peppers, grilled a la plancha and cut into small bites. It is finished with fresh lime and cilantro. Prices vary by location but start at $11.50.

Guajillo peppers are one of the most common in Mexico and are considered mild to moderately hot. It’s the dried form of a mirasol pepper, according to Chili Pepper Madness.

“The Guajillo Garlic Steak is full of flavor with a perfect little kick that complements our 53 real ingredients,” Chipotle chief marketing officer Chris Brandt said in a statement. “Menu innovation is an ongoing priority at Chipotle and we’re always on the lookout for new flavors to bring our fans new ways of Chipotle.”

The limited-time offer of smoked brisket last fall also ended early, in part because the menu item was so popular. The higher cost of beef — along with avocados and paper goods — contributed to a 100 basis point increase in cost of sales, which was 31% in the first quarter.

For a limited time, Chipotle is offering $0 delivery fees with promo code DELIVER in U.S. restaurants May 2-6.