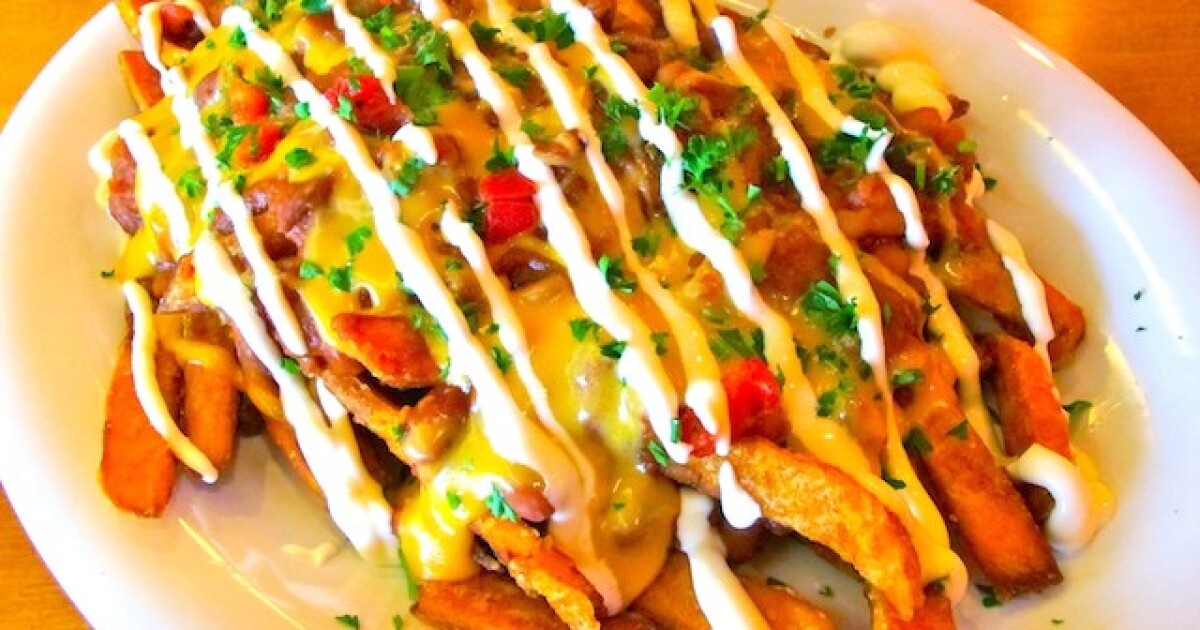 Start your day with LAist

Sign up for the Morning Brief, delivered on weekdays.

By Maya Meinert from ShopEatSleep / Special to LAist

Just when you thought you figured out the Veggie Grill – it’s tasty, but no, the meat isn’t real – The Veggie Grill surprises you. There is a secret menu!

As with many secret menu items, these dishes are variations of items already on the menu. The ones we tried were the Chili Cheese Fries, which use the restaurant’s signature sweet potatoes, Sweetheart Fries, topped with Bean Me Up chili, vegan cheese and sour cream, and topped with chopped tomatoes and parsley. It’s a huge dish, so be prepared to share it or take at least half of it home. The chili fries are tasty but heavy. Who knew vegan food could be so substantial?

There are a few other secret menu items as well. Bison Wings are a variation of the BBQ Chill Out Wings, which are made with seasoned and marinated Chillin ‘Chickin’ soy protein from the Grill, and the El Dorado Burger, which is the cheeseburger topped with jalapenos, caramelized onions. and ketchup (the El Dorado-style cheeseburger is actually a footnote on the menu, so it’s technically no secret).

If none of these float on your boat, there’s always the old All Hail Kale salad or the delicious Santa Fe Crispy Chickin ‘sandwich.