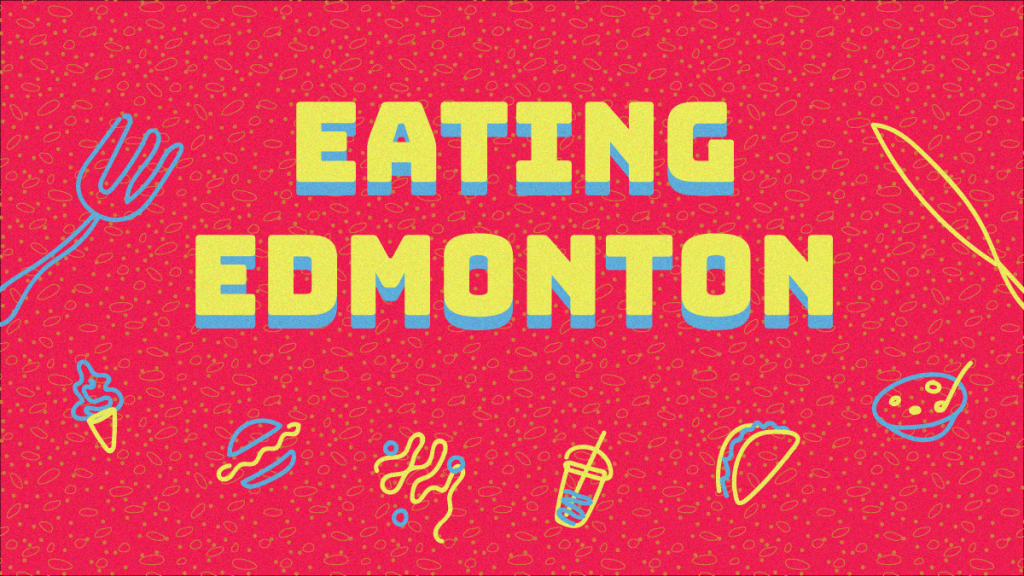 Nestled among the finest hotels and car dealerships 100th Avenue has to offer is the Homefire Grill, “the progressive Aboriginal restaurant in West Edmonton.” The Alberta Indian Investment Corporation established the bar and grill in 2005, and has since provided visitors with an authentic Canadian prairie dining experience characterized by a welcoming atmosphere and an inventive menu crafted with local ingredients. The restaurant prides itself on its “fire-to-table comfort food” and prides itself on serving “the best rotisserie and baked goods in Edmonton”.

My girlfriend and I went to the Homefire Grill for a late dinner on a Saturday night (they are open until 10pm on weekdays and 11pm on weekends so we weren’t in a rush). Although largely inaccessible by public transport, we had no difficulty parking, as the restaurant shares a huge parking lot with neighboring businesses. The exterior of the building is a magnificent view. “Homefire Grill” is sprawled out in large lights across the front and towering neon flames from the archway surround the entrance. .

In the waiting room of the restaurant hung Aboriginal paintings, which can be purchased from local artists. The entire room has been painted a warm shade of burgundy with matching furniture; even the bulbs cast a red glow from the high ceiling. Sheet metal cutouts depicting ducks, bears, and other animals adorned the restaurant, and similar designs were carved both in the hood of the central fireplace and in the lamps hanging above each table. A private dining room and lounge with bar and televisions have been attached to the main dining room.

Upon arrival we were quickly seated in a two overlooking the open plan kitchen with a pizza oven and lively chefs. Behind us, a guitarist perched peacefully on a bar stool, offering patrons a charming array of melodies.

Although the restaurant has no vegan options, and only a handful of vegetarian options, our waitress showed her commitment to service by suggesting vegan options that they could possibly prepare on site.

Our first course of the evening was the bison spring rolls, and although they were particularly fatty, they were amazing. They were served with a Saskatoon berry dip, which created a delicious, sweet and savory flavor. The diagonally cut corners were stacked side by side, almost resembling barbed wire.

The drinks menu was equally impressive. It contained a great selection of wines and beers, and a long list of signature cocktails.

The most disappointing dish of the evening was one of the establishment’s supposed signatures: elk lasagna. Instead of having multiple layers, as lasagna should, elk lasagna was a messy pile of porridge topped with way too much cheese. The barely seasoned dish opted for canned tomato paste, an observation made by my Italian catering partner who is much more adept in the art of pasta than I am. bannock. I could barely finish one of the gargantuan, dry slices before I gave in to my dehydration and cut the meal short. We had made the right choice by ordering the spring rolls for an appetizer, as opposed to a full basket of textured drywall bannock.

The presentation of the dish, however, has perpetuated the restaurant’s reputation for providing visually stunning meals. The elegant, albeit tiny, service had given me not one but two reasons to dust off my monocle; one, for an appetizer of this size it was downright ridiculous of their share of the price at $ 27, and secondly, I can’t imagine how much a smaller portion is served with the $ 18 version of the dish listed on the lunch menu. Surprisingly, elk lasagna is one of their mid-priced entrees.

My table mate ordered the Crispy Chicken Dumpling Salad, which promised to be a sweet mix of finely chopped veggies and Asian specialties, but was ultimately a bonkers scoop pit, each bigger than my lasagna. The staff had to play a game of “How can we cut these ingredients awkwardly?” The cucumbers were cut diagonally into egg-sized slices and the peppers were cut into rings fully intact. The worst offenders, however, were the titular dumplings. Even with the ginger lime dressing, the huge pieces of chicken were extremely dry and difficult to eat. Unimpressed minds must think the same, as she also gave up her dish due to a deadly combination of size and drought.

The restaurant seems to have invested a lot in the presentation of the food and the environment, and it shows; where it fails, however, is in its attempt to bring the quality (and quantity) of some of its dishes to this same level. The meal cost $ 79 for an appetizer, two entrees and two glasses of wine. If there had been a lot more in my stomach, I’m sure I would have vomited at the sight of the bill.

If you are only interested in spicing up your Instagram then this restaurant is for you, if not, I suggest you follow in our footsteps and end your evening with a nighttime visit to Denny’s.