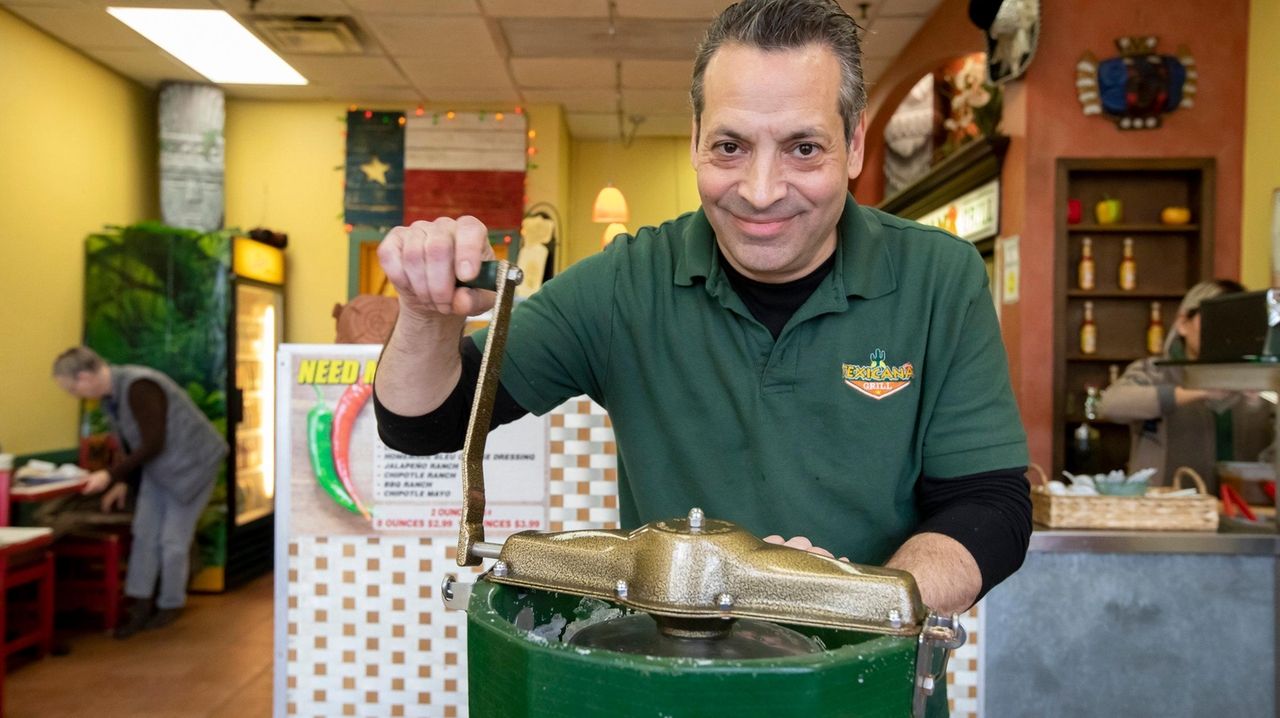 After 15 years of serving Bellmore and surrounding area a fine take on Tex-Mex, Texicana Grill closed May 1. Owner Steven Scopelitis said that although he’s been through some tough times in the past, “running this place has become not only difficult, but impossible.”

The laid-back order-at-the-counter spot opened in 2007. Scopelitis, who previously worked for chains such as TGI Friday’s and Applebee’s, was determined not to use anything frozen and to stay as close to the real tastes of Mexico as possible ( where his wife was born). The peppers were verboten and the picadillo (ground beef with potatoes) was, he said, “the authentic Mexican version of the Old El Paso pepper mix we all grew up on.”

Texicana Grill made a wonderful chili with coarsely ground meat, pinto and black beans, and a spice blend that includes dried chipotle and ancho peppers, paprika, cumin, and a hint of cinnamon. In 2017, Scopelitis decided to move up a gear by adopting an age-old method: the crank machine. It took 40 minutes of sustained elbow grease to make a three gallon batch.

As hard as he worked, Scopelitis said running the restaurant “was just me having fun. When I stopped having that same spirit, it was time to stop.

Erica Marcus, an avid but skeptical omnivore, has been reporting and opining on Long Island’s food scene since 1998.